An integral part of GTE’s culture is centred around coaching and mentoring employees to help them grow within their roles so that they can advance in the company. GTE Te Enseña (Learn with Gran Tierra) evolved out of independent training sessions across several departments and increased the transfer of internal knowledge throughout the company to help other employees further develop their skills.

In 2016, Jesus Eduardo Jaime was hired to support rig operations during a critical year for the global hydrocarbon industry, with GTE being one of the few companies in Colombia actively drilling new wells. Jesus quickly distinguished himself and was selected to test for one of the three rig operator trainee positions. His test results, along with his attitude and aptitude led to his assistant derrickman promotion before ultimately being named derrickman in 2019. 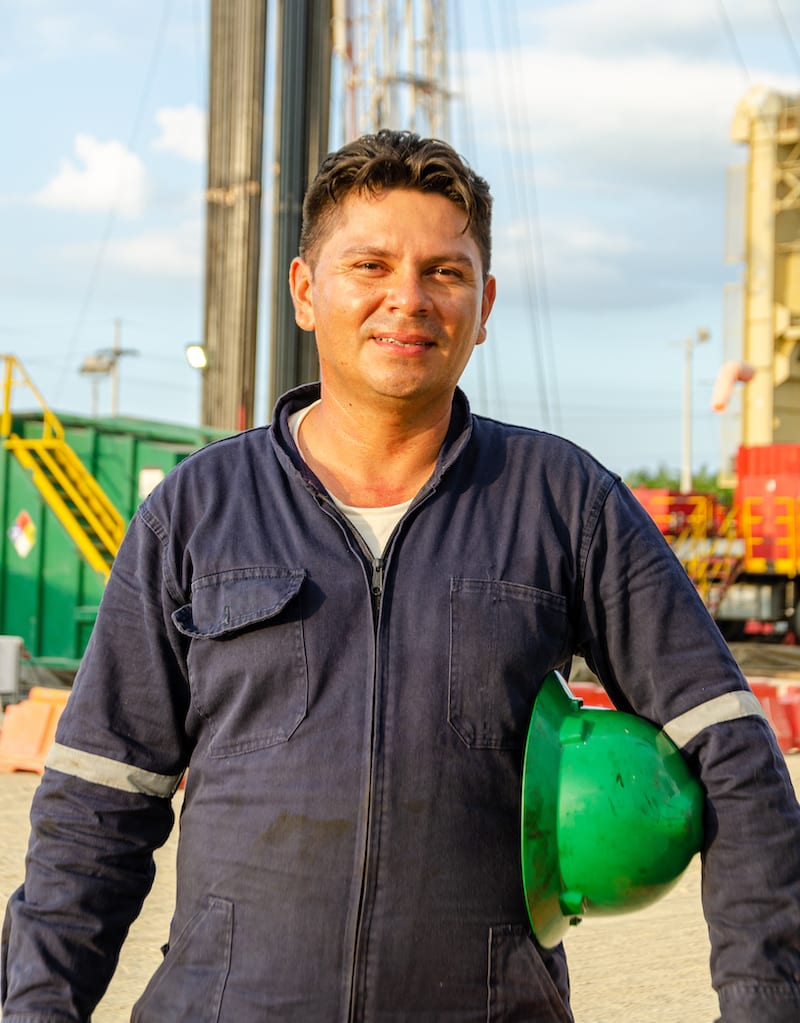 “The company has created a lot of opportunities – all of the workers here are from the area. I believe our personal success is due to our performance and attitude towards others. It’s thanks to GTE that I’ve been able to advance my life and family goals.”

Born in Bogotá and raised in Puerto Asís, Well Engineer Sofia Nunez studied petroleum engineering at Universidad Surcolombiana. After beginning her career working for several years at Colombia’s National Training Service, SENA, GTE hired Sofia as a Production Assistant two years ago. In that capacity she supported the company’s production by supporting well maintenance activities. Recently, she was promoted to the position of Well Engineer. 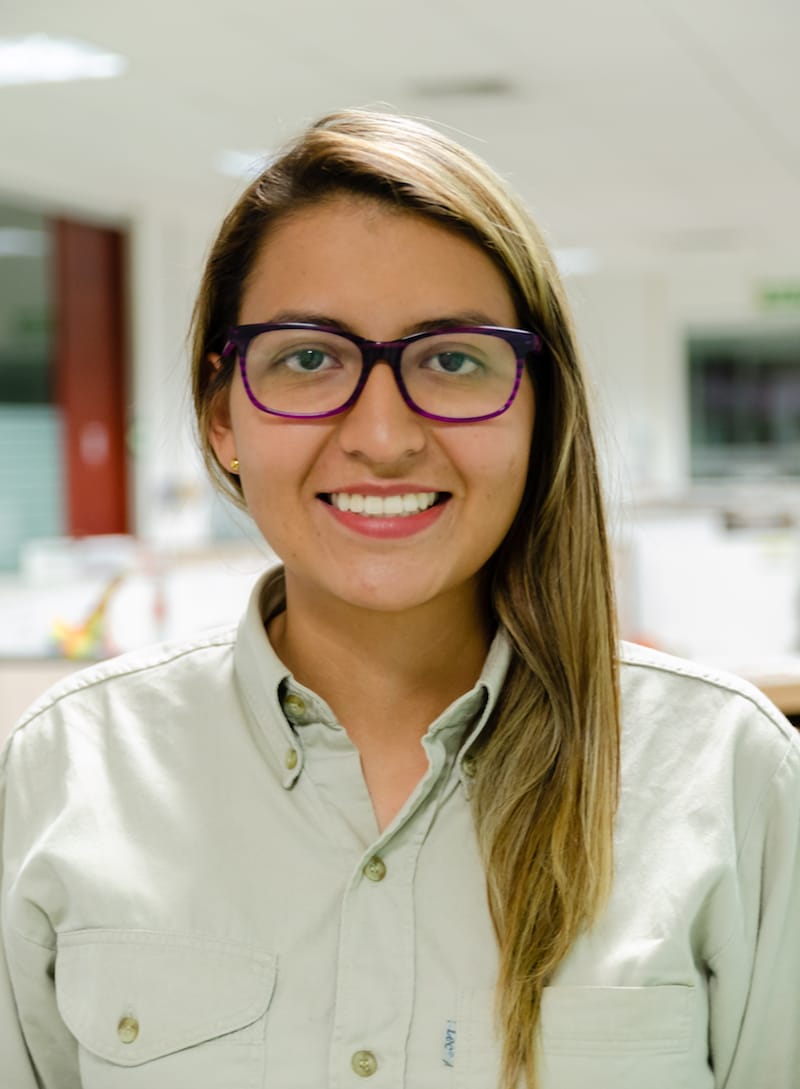 “My new role as a Well Engineer is a challenge. I’m learning new things every day. I’m constantly looking for the best ways to optimize wells by adjusting any of the numerous parameters that can affect a well’s performance. Working at this company has introduced me to several different areas of the business and helped me develop professionally through training and specialized courses.”

Gerson Escorcia’s exposure to Gran Tierra came in 2007 when he was working for a company that was testing GTE’s first three oil wells at Costayaco. When he saw an opportunity to work directly for GTE as an engineer trainee, he took it. Later, he moved into increasingly senior production engineering roles, culminating in 2017 when he was named field manager of GTE’s Costayaco operations. 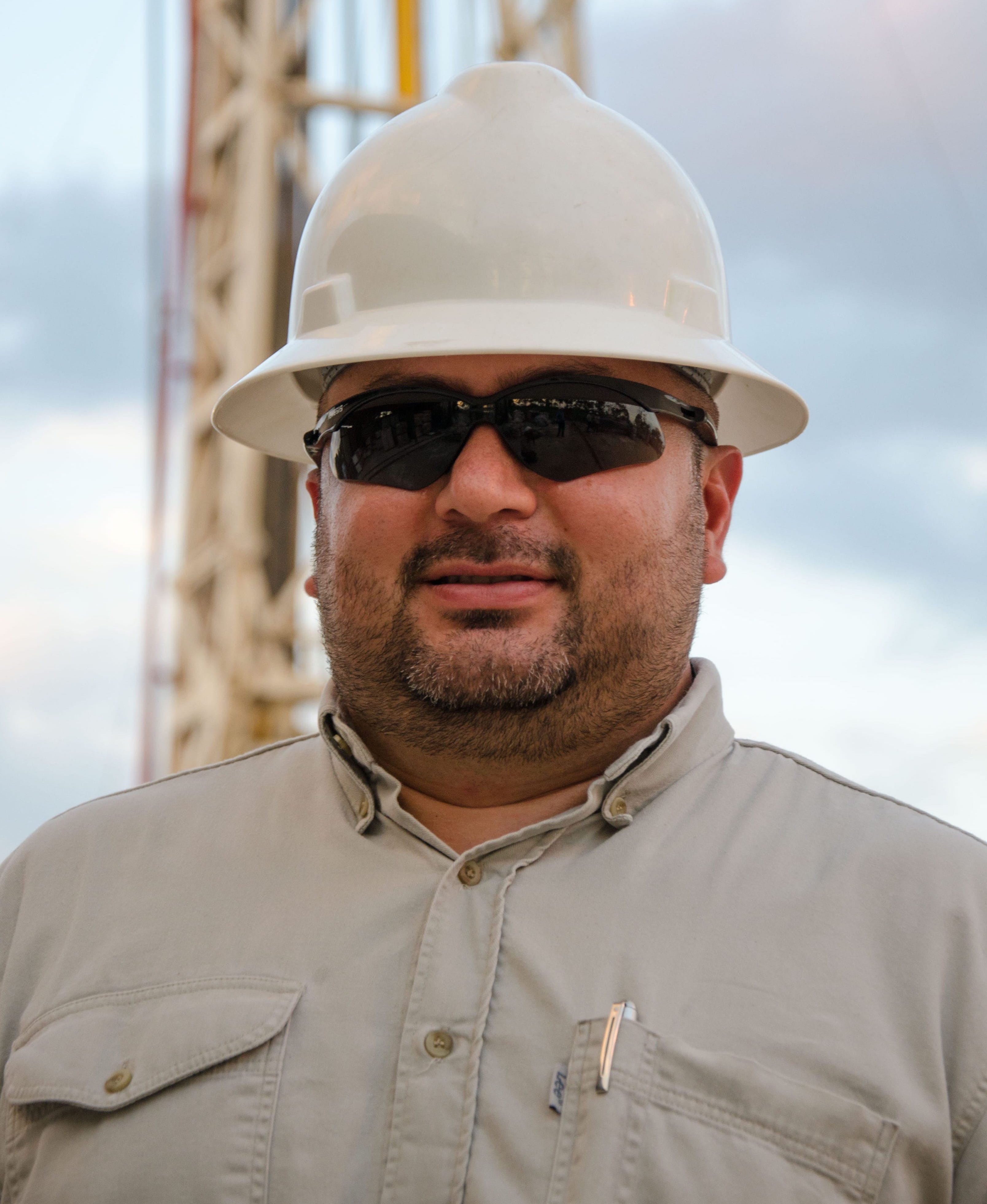 Q: How did you acquire the knowledge or experience needed to be given these higher responsibilities?
A: Training was key to my advancement. GTE provides internal training and training with outside companies. After I became a senior production engineer, I took multiple technical and management-focused courses that GTE sponsored. I’ve also had great mentors here.

Q: How has the company changed since you started?
A: We have gained so much more experience as a company, safety wise, socially and operationally. Even though our commitment is to maximize production and generate value for all our stakeholders, we want to do this in a socially responsible and safe manner. If you talk with anyone at GTE, you’ll see that we are all very concerned about contributing to economic growth and community improvements in the region.

Q: What would you want to tell people in Colombia about your work that they might not know?
A: I always tell people how important it is for the country to develop its hydrocarbon resources, as this is going to drive the growth the country needs, which is so important after a lengthy challenging period of violence. I also tell people that it is possible to produce oil in a clean manner without impacting the local environment. And because we are eager to show this, we invite community members to come on guided visits around our sites.

I come from the Huila Department in Southern Colombia, but I’ve lived in the village of Canangucho in Putumayo for 17 years, so I feel that part of me is from here. I am grateful because this land has given me a lot of opportunities. For the past seven years I have been president of Canangucho’s Junta de Action Communal (JAC) or Planning Association. Most villages have one. These groups are made up of citizens who want to plan the growth and direction of their communities and work to obtain resources from public and private institutions.

I started working for Gran Tierra after the company began drilling in the area. This turned out to be a very good experience because it gave me income and that really helped my family. After two years, the company gave me the opportunity to become a Wastewater Treatment Operator, having trusted me enough to increase my responsibility. During the on-the-job and formal training provided by GTE, I got a lot of experience and knowledge, learning new things every day. It was very useful to be with people who knew so much. After about a year and a half the company believed I had the ability to operate the wastewater plant on my own, and I was promoted.

The village of Canangucho is a very easygoing community. Although it is one of the five villages closest to GTE’s operations in Putumayo, my community isn’t knowledgeable about the oil industry. They have asked me about what I do, and when I tell them about how we do things and about our teamwork approach, they are very surprised because people don’t know very much about this kind of work.

There are approximately 300 families in Canangucho, plus an Indigenous group of 200 families who have their own policies, language, identity and land. Canangucho has many needs. Our community has been both demanding and understanding. This is a good balance for us. Communications have improved a lot. The company has always looked for the best way to have the right answer in a very short time.

Since the arrival of Gran Tierra, we’ve had a lot of good social development. The community is very grateful to the company for all the efforts they have put into supporting us and for what has been achieved. We have received a lot of things that were useful to the community such as jobs and support for education and sports. Of course, we always have people who want to work, but sometimes it’s not possible. We feel we are number one in terms of employment opportunities since we are so close to the company’s projects. Gran Tierra is the greatest company in terms of employment. Right now 10 people from our village are working for GTE.