Gran Tierra Energy’s environmental policy calls for the company to track its greenhouse gas (GHG) emissions and take steps to reduce them wherever economically feasible.

Since 2016, Gran Tierra has voluntarily retained a respected international expert in the field of air quality, to create an assessment of its greenhouse gas emissions in Colombia. This assessment involves collecting, analyzing and quantifying annual air emissions data from GTE’s operations. You can find our most recent report here.

An updated assessment using 2019 air emissions data will be released in 2020.

In 2019, Gran Tierra completed a Gas-to-Power project at the Acordionero field, GTE’s single biggest producing asset. The completion of this project has significantly reduced gas flaring and the company’s use of electricity from the national grid.

During 2018 GTE completed implementation of a Gas-to-Power project at its Moqueta field, one of the company’s most challenging fields since it is accessible only via helicopter transport. The project, valued at USD$3,000,000, successfully installed twelve 250kWh reciprocating gas engine generators and a gas conditioning system in order to produce better quality gas for generation. This project was the first of its kind to be fully developed and executed by GTE. In addition, the gas-to-power project at the Costayaco field has been operating reliably since 2017. 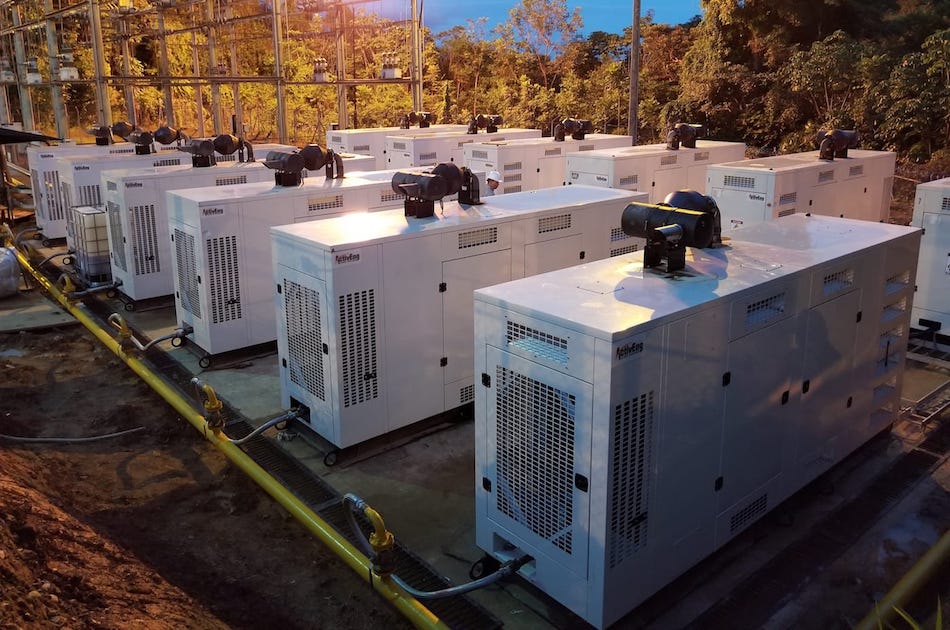 The Costayaco Forestry Center (CFC) is one of the most innovative reforestation efforts in South America and spans over 210 hectares of land in the Putumayo Department. Established by Gran Tierra Energy in 2010 in coordination with the regional environmental regulator, CORPOAMAZONIA, the Center has grown large enough to become a habitat for the protection of wildlife that would otherwise be in danger. Hundreds of birds and thousands of butterflies can be seen throughout the area.

Through the Costayaco Forestry Center initiative Gran Tierra has planted 51,497 trees at the CFC, reforested over 166,000 trees across the Putumayo and Cauca Departments, donated 49,423 trees and has planted 71 native species of trees. The Center also works to increase environmental awareness by providing educational opportunities for communities to learn about the importance of protecting the forests and environment.

In total GTE has planted over 560,000 trees through its environmental investments.

Gran Tierra prioritizes the protection and conservation of the environment and works with organizations that share similar values. Gran Tierra in partnership with Conservation International has committed to contribute USD $13 million over eight years to a major reforestation and conservation project that will contribute to the restoration and protection of the Andres-Amazon corridor, one of the most biodiverse regions in the world.

Given that nature-based approaches including conservation and restoration of tropical forests can provide 30% of the solution to climate change Gran Tierra believes that projects and partnerships such as this are contributing positively. It is expected that the actions developed by NaturAmazonas will contribute to reducing deforestation in the Amazonian foothills by at least 20% by 2021.

To read more about the NaturAmazonas project, click here.

In 2019, Gran Tierra’s total operations electrical power use was 239,331,070kWh. In the same year 7.2% of GTE’s energy was derived by renewable sources and the remaining from non-renewable. The percentage of GTE’s energy consumed from the grid in 2019 was 10.18% and the company continues to develop Gas-to-Power projects to decrease its use of electrical power from the local grid.